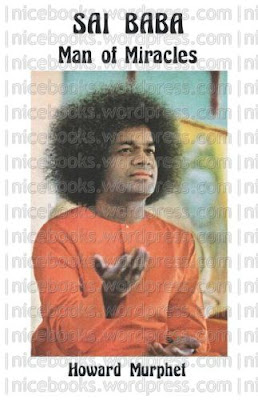 India has always nurtured true yogins--those who have transcended the lower self, those in whom wonder-working powers of siddhis have flourished. These powers, or some of them, have been brought into the research laboratories of the para-psychologists who call them extra-sensory perception and psycho-kinesis. Others call them miracles. Whatever the terminology, such powers and their practitioners demand sensible attention. This account relates some of the achievements of one of the most impressive men of miracles to appear in centuries. Satya Sai Baba--his followers believe him to be a reincarnation of Sai Baba of Shirdi who died in 1918--appears to have been born with phenomenal powers, which he used in childhood and has employed constantly and openly ever since. They include all the varieties of E.S.P. and P.K. known to psychic science and more besides. The author, a Westerner devoted to science and logic, spent many months with Satya Said Baba; he claims to have found that his "unscientific," "illogical" miracles were, in fact, genuine yogic siddhis. He found, too, that along with Christ-like miraculous powers went a Christ-like love, compassion and the God-knowledge that opens the door to a new vision of life.